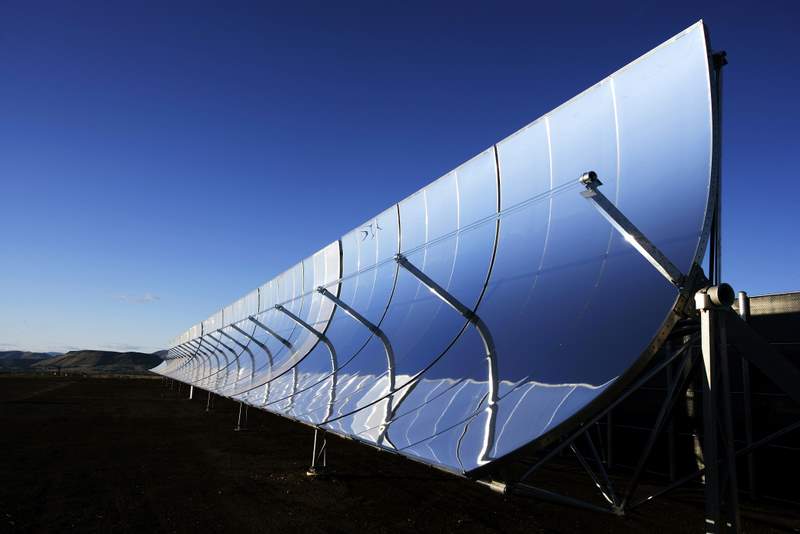 Solar thermal energy production requires two main things: sunlight and equipment to capture, store and disperse the energy. Only two types of solar thermal systems exist. They are the passive systems, which do not require equipment (such as the heat build-up in your car whenever you park it in the sun), and active systems which require a method to absorb, collect and store the solar radiation.

A solar power system is an active system. Even though you will find several types, they all have a few basic similarities. They feature mirrors to reflect and concentrate the sunlight, receivers to collect the solar energy and to change it into heat energy and finally, a generator that produces electricity from the heat energy.

Solar thermal power plants are environmental friendly – that is contrary to what you expect with the fossil fuel competitors. Solar thermal power plants do not require a large amount of space and can help us use unproductive and undeveloped land. The plants are built with recycled materials, which include steel, glass and concrete. Moreover, there is no fossil fuel consumption during the production process. That results in zero emissions of harmful carbon dioxide.

The most common form of solar thermal power plants – including those in California’s Mojave Desert – is parabolic trough collectors. The troughs, also known as linear concentrator systems, are the largest and can generate more than 80 megawatts of electricity. They feature a half-pipe like design and the reflectors are parabolic in shape. What’s more, the reflectors are covered with over 900,000 mirrors, which must be north south aligned. The reflectors also pivot to follow the sun’s movement during the day.

Because of the shape, these plants can reach an operating temperature of around 400 degrees Celsius and concentrate the rays from the sun at 300-100 times the normal intensity into heat-transfer-fluids or steam/water filled pipes. The hot fluids produce steam, which spins turbines to power electricity generators. This type of thermal power plant requires fossil fuels as a backup.

The other form of thermal power plants is the solar power tower systems. This type relies on thousands of huge, flat sun-tracking mirrors, which focus and concentrate radiation from the sun onto one tower-mounted receiver. Like in the parabolic troughs, water/steam is heated within the receiver – the power towers – to rotate a turbine that produces energy to power the electricity generator. Each tower can produce around 200 megawatts.

The third type of thermal power plants is the solar engine/dish. Compared to power towers and the parabolic troughs, solar engines are smaller producers. They produce between 3 and 25 kilowatts. They have two primary components: the dish (solar concentrator) and the power conversion unit (generator/engine).

The dish has to remain pointed to collect the solar energy. It can concentrate the energy by around 2,000 times. The thermal receiver, which is a set of tubes full of cooling fluid such as helium or hydrogen, sits in between the engine and dish. It’s purpose is to absorb the already concentrated solar energy from the plant’s dish and then convert it into heat. Finally, it sends it to the engine, which produces electricity.

We can never deplete the sun and therefore electricity problems can only arise at night – or when clouds have blocked sun from reaching the earth’s surface. Thermal Energy Systems (TES) are high-pressure liquid storage tanks that allow banking of several hours of electricity in power plants. Off-peak storage has facilitated effectiveness of thermal power plants.

A large number of solar thermal systems use molten salt or mineral oil as a heat transfer medium. Unfortunately, without any further research, some systems that operate on water/steam may not store thermal energy. Some advancements in heat transfer fluids includes the research into alternative fluids. Use of novel solar thermal storage concepts and phase change materials with an aim to minimize the storage costs and to improve efficiency and performance is also common.

The United States Army is building a 1.5-megawatt system at Tooele Army Depot in Utah that features 429 Stirling solar dishes. The project will be completed by the start of 2018.