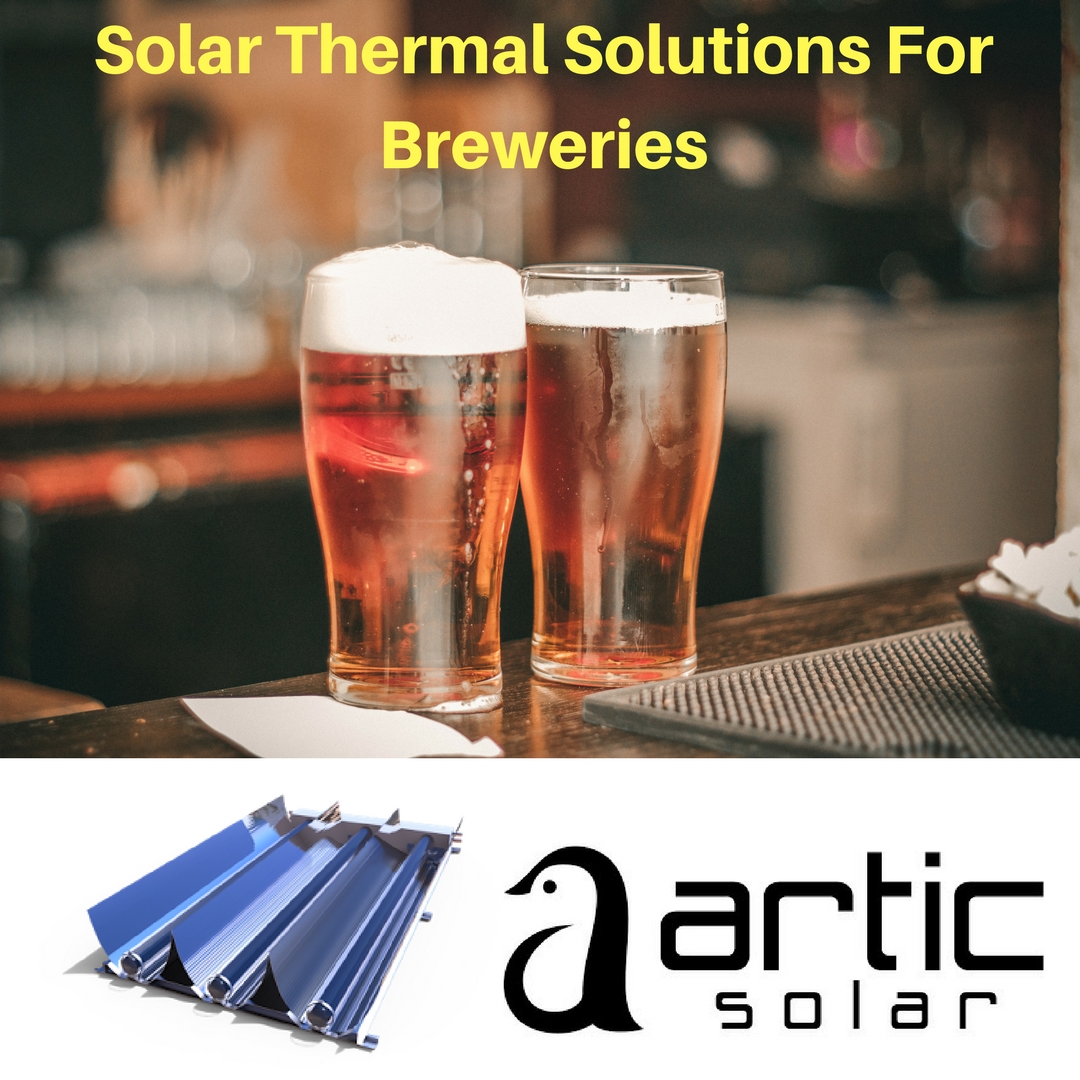 Solar Solutions for the Brewing Industry

The growth of craft brewing in the United States has been explosive in recent years. The producers who thrive in this more competitive market will be the ones who can lower production costs while maintaining the high quality responsible for their success. In an era where the American public demands social responsibility from their favored brands, environmentally sound practices are also a necessity.

Craft beer production in the United States is booming. According to the Brewers Association, the number of craft breweries in the US reached 4,225 in 2015: a 76% increase since 2012. With more independent breweries than ever before, market share has risen to 12% of total US beer consumption by volume and 21% by sales. Retail dollar value has been estimated at $22.3 billion.

Brewing and distilling are energy-intensive businesses. In particular, process heat and cooling requirements are high. Refrigeration generally creates the largest electrical load (44%), while brewing consumes the largest amount of natural gas or propane.

Solar heating (aka “solar thermal”) can lower energy costs for:

Kilning, mashing and heating the wort

The target for every manufacturer is the development of an environmentally sustainable system that actually reduces electricity and fuel costs. Artic’s solar thermal system has twice the efficiency of traditional solar (“solar PV”) and can reach temperatures up to 400°F with no moving parts. It combines age-old technology, which uses the sun to directly or indirectly heat fluid, with sophisticated optics recently developed at the University of California increasing the amount of the sun’s energy absorbed, reducing the system cost and allowing the systems to be installed anywhere across the globe.

For the full article or for more information contact us.